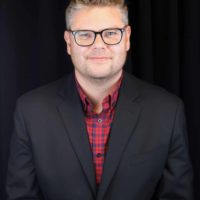 As Vice President of BASIS Independent Schools, Mr. Walker leads a network of schools where students thrive in a culture of excellence and where they achieve extraordinary outcomes. Hailing originally from a small village in rural England, Mr. Walker has worked in Education across three continents. After earning his degree in Politics from the University of Sussex, Mr. Walker spent time working in public policy research with a focus on education and skills. Mr. Walker has traveled extensively and spent two years designing and implementing a high school English and history curriculum for an international program in a Japanese High School. Mr. Walker has a strong commitment to BASIS Independent Schools, and he served as Head of School for BASIS Independent Silicon Valley for more than five years before moving into the role of VP of the network. Previously, he worked as the Director of Student Affairs at the Silicon Valley campus. Prior to that, he taught a variety of AP courses in the humanities at the BASIS Scottsdale campus. Having seen first-hand the impact that a BASIS Independent education can have on students, he is proud to be a part of taking BASIS Independent Schools to the next level and cementing the network as offering some of the finest educational institutions in the world. https://basisindependent.com/