Home / Blog / I Gave Up Trying To Make Family Dinners Work With My Teens, Then This Happened

I’ve always been a big believer in having dinner as a family.

Both research and personal experience tell me that eating together most evenings benefits kids and families. So I made it a point to cook something every night, usually something healthy. We sat together without phones and talked about our days.

Of course, it was never idyllic, what with reminding about basic manners, insisting that the kids at least try their “’no, thank you’ bite” of whatever we were eating, and all the other repetitive tasks involved with teaching young humans to be civilized.

But overall, dinner together was good. 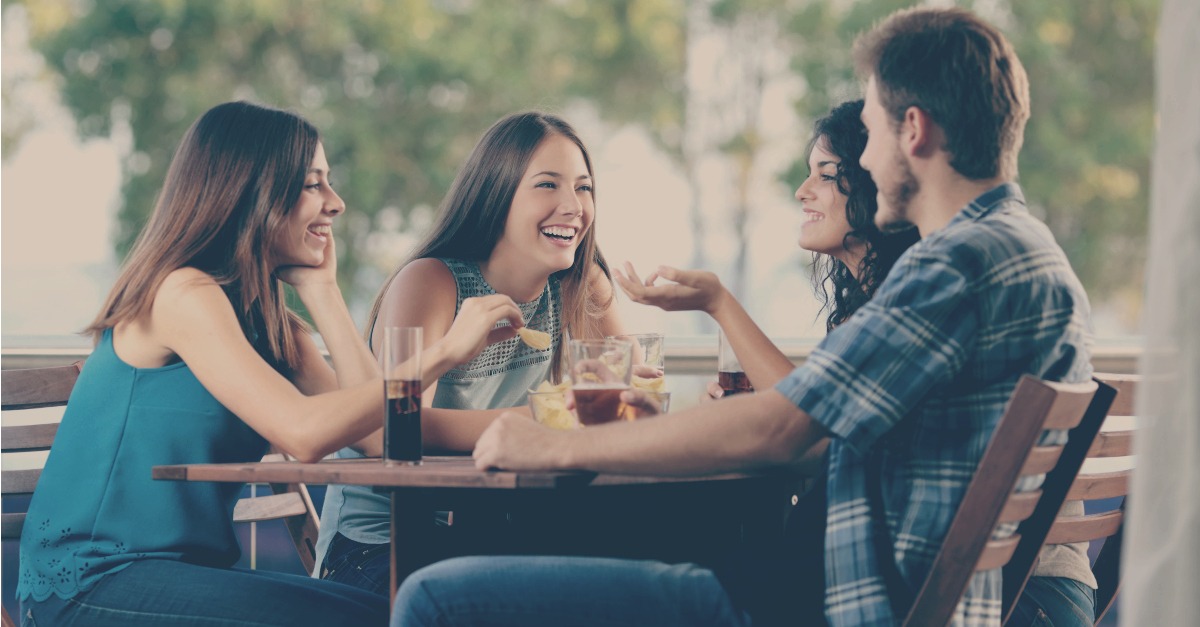 Then almost overnight my sweet littles became tweens and then teens. Their schedules got fuller and finding time to eat together got harder and harder.

I’d review the week’s schedule and find those rare windows when all or most of us would be around to share a meal. And then because these occasions were rarer these days, I’d plan something special to eat that I thought we would all enjoy.

Unfortunately, schedules weren’t the only things interfering with our family dinners.

My teens started complaining loudly whenever I “cooked from a recipe”—meaning I made something new. They argued about the phone ban and kept trying to text under the table. My husband started getting up from the table to get dessert before I was done with dinner.

This all made me feel like we weren’t in this as a family. I told them why it bothered me, but they kept doing it, which made me feel disrespected.

Then one day, I was having lunch with my friend Julie and told her about all my family dinner frustrations.  She wisely suggested that maybe it was time that I try something else.

“What if you just stopped making dinner for your family? If you stopped pushing for it, what would happen?”

We agreed it wouldn’t be helpful for me to stop making dinner in a pissy, loud way; that would just give them more to push back against.

Instead, I would stop being “mom who makes dinner for her family” and start being “woman who cooks and enjoys her own meal.” At a minimum, I’d have a more pleasant evening. Worth a try!

The next time I went to the grocery store, I bought the usual breakfast and lunch foods and random healthy snacks; there’s always plenty to eat in our house. But I bought single servings of dinner foods that I like, regardless of what anyone else liked.

Dinnertime rolled around and I didn’t ask anyone to set the table; I didn’t give the usual 10-minute warning. I seared my scallops, cooked my veggies, poured myself a glass of wine (not my standard procedure on a weeknight), and sat down at the table with a magazine (also not standard procedure). It was very nice.

The kids and my husband, of course, asked what was up. I said it’d had become clear to me that although I value family dinners, they didn’t seem to, and I didn’t want to fight about it anymore.

This earned a few surprised glances followed by “What are we supposed to eat?”

“Awesome! Mac and cheese!” Which they made, while I savored my meal.

The next night, I did much the same thing.

With somewhat less enthusiasm, they made more mac and cheese or whatever. (I didn’t pay much attention.) Their puzzled glances now had a note of concern.

But I sipped my wine and enjoyed my magazine.

Yet again, I settled myself happily with my grown-up meal for one.

But my kids and husband were ready to talk. “So, is this, like, going to be a thing now?” They asked.  “Aren’t we ever going to have dinner together?”

I reprised my riff about it being work to make dinner for everyone and me being unwilling to force them to eat together if they didn’t want to.

“But we do want to!” They said is almost uniform desperation.

So we talked about what it would mean if I went back to making dinner most nights. They agreed that maybe it wasn’t so awful to try new recipes sometimes and (grudgingly) agreed not to use devices under the table. My husband got much better about waiting for everyone to be done before he went looking for dessert.

I won’t pretend dinners were always sunshine and roses after that. Stuff still came up…but much less often.

The important thing is that we were all together, whenever we could make it happen, sharing a meal. And now everyone was really present, not because I was making them, but because they realized it meant something to them too.