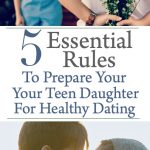 Inside: As if parenting teens is not hard enough, one day you have to start preparing your teen daughter for dating. Here are some great tips from an expert.

Part of you may wish your teen daughter wouldn’t start dating until she’s 40.

Considering the world we live in and recent events, I don’t blame you one bit.

In fact, crushes, dating and even falling in love are some of the most fun parts of being a teenager.

Your worry as a mom though is how to make sure it really is fun.

How do you make sure your daughter’s experiences with dating will be healthy?

A lot of what she “knows” about romantic relationships probably isn’t true, or isn’t the kind of dating situation you’d want for her. What teens learn from movies, songs, and TV can be crude, misogynistic, and/or hypersexualized. It’s just not a useful reflection of dating in the real world.

As her parent, your main jobs are to offset misleading information she’s learned about dating from other sources and to help her be true to herself. 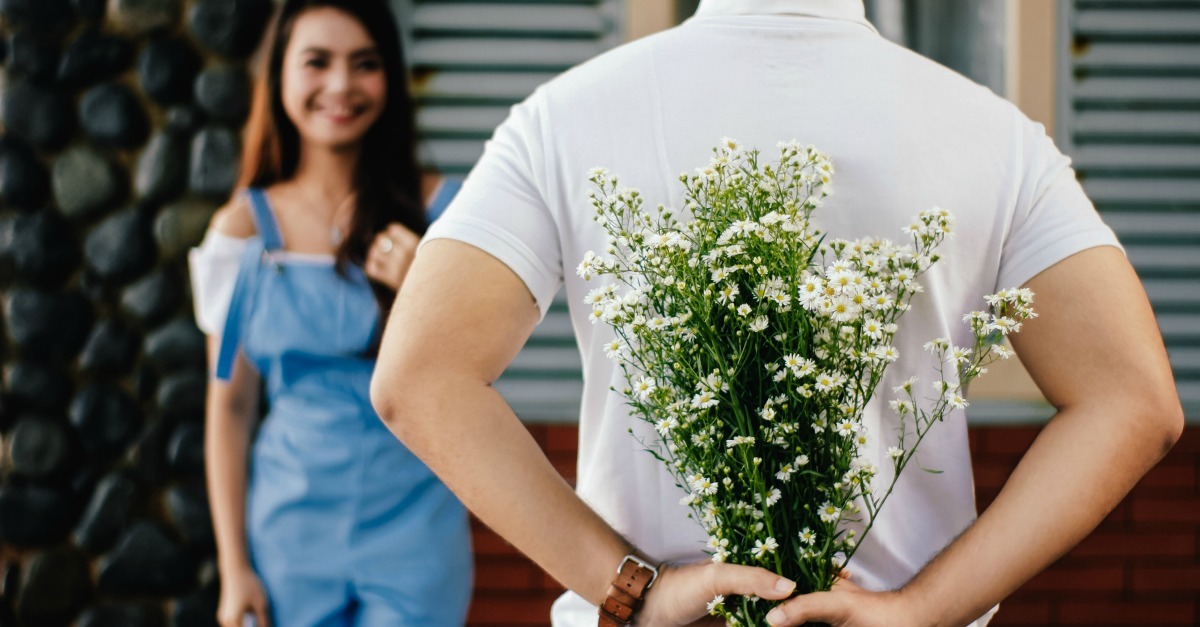 5 Essential Rules To Prepare Your Teen Daughter For Healthy Dating

Movies might have her thinking that all guys are either hopeless losers or cool studs who expect girls to swoon after them. Of course, most teen guys are neither of those things. Your daughter knows that, but she may be so lost in the world of stereotypical thinking that she hasn’t really noticed.

Invite her to think about guys she knows. How are they similar to each other? different? What characteristics make some of them appealing as friends? Those are the same characteristics that make for a good partner (just with a little bit of butterflies-in-the-stomach thrown in).

Make sure she knows that some guys will take advantage. Anyone she dates should earn her trust and not pressure or force her to do something she doesn’t want to.

Remind her that guys have feelings, too. If she turns someone down for a date, she should do it kindly. Just as she wouldn’t want to be teased cruelly, she shouldn’t say hurtful things. Guys may not show their hurt, but they feel it.

Some teens, especially girls who are or want to be “popular,” may date certain guys to look cooler. This can work—but it can also backfire or otherwise come with a high price. Some popular guys “collect” girls to gain status and may push them to do more sexually than they want.

Girls who agree to sexual activities may be labeled a slut or have the details shared around school. Girls who say No may be labeled “uptight” or “frigid.” This can happen to anyone, but is more likely when girls date hot, popular guys. Ask your daughter if she’s seen this at school. To prepare your daughter for dating, make sure they understand that privacy is hard to maintain in high school, and that social pressures do come into play.

Sexting has similar risks. It’s dangerous enough to send a sexy selfie to someone she trusts (because someone else may get hold of his phone or he may not be so trustworthy after the relationship ends). It’s far riskier to sext someone she doesn’t know well and is trying to impress. Her intimate photo may become a trophy he shows off to other guys.

And if your daughter is not one of the cool kids and worries she’s doomed, reassure her. Popular kids may start dating first, but everyone gets there eventually; it’ll happen for her, too.

It may seem to your daughter that everyone who’s dating is also having sex. People may talk as if that’s true…but it often isn’t. My research with young adults shows that many of them wait until late high school or college-age to become sexually active. If she decides to wait, there’s nothing wrong with her.

Make sure she knows that physical contact in all its forms—from kissing to intercourse—is supposed to feel good to her, too. It may be awkward to talk about female pleasure. But if she doesn’t know about it, she’s vulnerable to situations where she thinks her feelings are irrelevant. It’s a good bet that’s not what you want for her.

Explain the concept of consent to her and reassure her she can say No to any sexual activity without ruining the relationship. She can be polite but firm: “I really like you, but I’m not ready for that.” “That’s as far as I want to go tonight.” “Let’s just keep doing what we were doing before; it feels really good.” Most people will respect her No (and anyone who won’t isn’t worth being with).

Being in a new relationship can be so exciting it practically takes over her life. It’s understandable that her sweetie will take lots of her emotional energy—but they shouldn’t take all of it.

If a partner demands too much of her time or acts jealous when she’s not available, that’s a very bad sign. The relationship might be becoming abusive. In a healthy relationship, partners encourage each other to have all sorts of people and activities in their lives.

Being True to Who She Is

Dating can help her learn about herself in all those ways. Being in relationships gives new experiences. She’ll bump up against things she doesn’t like, and learn more about what she does like.

Parents can help by encouraging her to be true to who she is, in dating and in general. She should be respectful of other people, but that’s the only requirement. If her partner makes her feel small or “not good enough,” that’s a sign of an unhealthy relationship.

And remember, the best way to prepare your teen daughter for dating is to model healthy relationships whenever possible.

Encourage her to think about what’s right for her in any situation. What does her gut tell her? What makes her feel whole, happy, and energized? That’s what she should be looking for, in dating and in life.

Dating is such a tough subject when it comes to parenting teens and tweens. Need a little more support?

How To Talk To Your Son About Healthy Teen Dating

To My Teenage Daughters Before You Start Dating