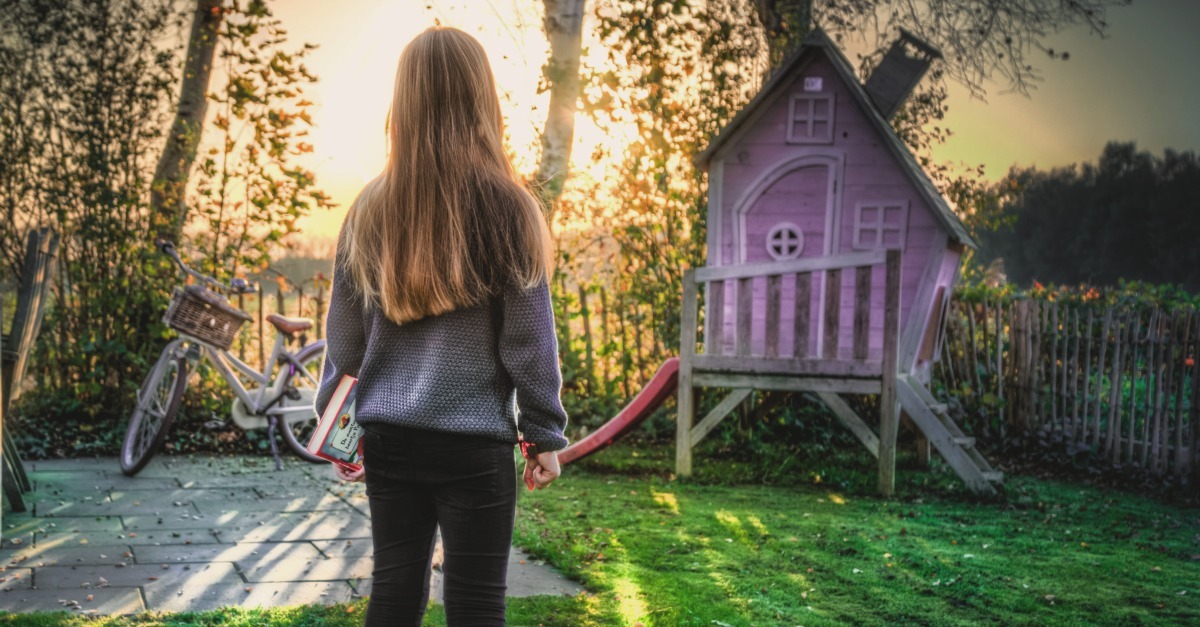 Yesterday afternoon I finally decided to tackle one of those tasks that I have been avoiding.

I grabbed a storage container and some wipes and headed into my newly 10 year old daughter’s room.

In the corner, stood her neglected doll house.

All the furniture was jumbled about. The dolls were wearing each other’s clothes. “Who knew Dad was a cross dresser?”

A thin layer of dust covered just about everything.

It had been sitting there basically untouched for many years now.  The only use it ever got was when her young cousins came to visit. So, when they were last here, I offered it to their mother. It seemed like some little girl somewhere should be enjoying it.

My daughter hardly put up a protest.

The reality is, it was never really my daughter’s thing. I was so excited for her to unwrap it that Christmas morning so many years ago. She was almost four and I thought for sure she would squeal with glee and want us to put it together right away.

I had loved my dollhouse.

I could spend hours rearranging and then playing out the various family dramas of my imagination. I honestly played with it well into middle school. But that was long before “tween” was a thing.

My daughter on the other hand would occasionally wander over and engage in some make believe play, but the enthusiasm just wasn’t there.

She far preferred the other worlds found in books or created playing Minecraft with her older brother.  She was always big brother over barbie and pretty much any doll for that matter. Her girlie girl phase lasted about a blink of any eye and by five she had banned anything pink and princess.

It never really mattered then, as I loved the feisty little girl she was becoming, part sass and attitude and part brain and bookworm.

All that really mattered was that she was still my little girl.

But as I started taking out the dollhouse furniture one piece at a time and wiping it off, the tears began to fall.  I suddenly didn’t feel like I was ready to part with this piece of her childhood just yet.

It didn’t make any sense. It wasn’t like this really represented anything of true importance to her or like I was giving a piece of her away.  She had ceased caring about it all so long ago.

And yet, it did mean something.

As I looked around her room, I knew this was just the beginning.  Things were changing and so was she.

She is 10 now and officially a tween I guess, which is definitely a thing these days.

Our children seem to be growing up so much faster.

They cast aside dolls and make-believe and dress-up earlier and earlier in favor of iPads, tween drama and fashion.

And while I wasn’t a mother who easily gave into those things, there was a point where I just couldn’t stop it.  She was ready so much faster than I was and trying to hold her back too much just tore at the foundation of our relationship. One she needs to help ground her going into these years ahead.

So, I’ve had to find a way to let her start growing up sooner than I wanted, while helping her hold on to some of her childhood just a little bit longer, even when she is so sure she is ready to let it go forever.

It hasn’t been an easy balance and there are days her independence and defiance can make me crazy. But I also know my not so little girl anymore is becoming a strong and fierce young lady and she will change the world for the better one day.

Yet, as I prepared the dollhouse to be given away, I continued to sob my way through it.

I cleaned off each piece of furniture with care, and redressed the doll family in their proper outfits and then packed them all snugly in a box to go to my nieces.

And then I put the lid on top and simply sat in her room a few minutes longer looking around.

As I walked out and switched off the light, I said to no one at all.

Parenting Tweens and Teens isn’t easy, looking for some more help and encouragement?

Why Seventh Grade Sucks the Most for Tweens and Their Parents

« Why Seventh Grade Sucks the Most for Tweens and Their Parents
Dear Teenage Son, Please Don’t Ever Stop Saying “I Love You” »