As moms, most of us think back to our middle school years with a cringe. Somehow we got through it (thank goodness, right?) But it’s harder to know what our boys need as they are in the middle of these tough years.

As they grow into young men—with their gangly bodies, cracking voices, and big emotions—it can be tough for us to find common ground and connection as their moms.

As much as I wanted to give up most days during middle school with my twin boys (or ship them off to boarding school), I realized that my sons still needed me as their mom—a lot.

What your son needs during these tough and confusing middle school years.

He needs you to back off

He may remind you daily that “I’m not a little kid anymore, mom!” and it’s true. He’s growing up. Middle school is the perfect time to give him more autonomy over his life. Where you decide to give this independence is up to you, but they need to become responsible for some of their decisions.

We ditched a designated bedtime for our twins in middle school. While we still said “screens off” at 9 pm, they could stay up as late as they wanted. Giving them this freedom helped them learn to manage their own sleep needs, as well as learn the consequences of staying up too late.

I also learned to bite my tongue about fashion choices. If he wants to wear a short-sleeved t-shirt and sport shorts every day, so be it. And I gave up fighting the Battle of the Coat. If they chose to wear a hoodie to school on a -7 degree winter day, the consequence of being cold was on them.

Around 8th grade, we also backed off the constant homework badgering and daily grade checks. At the beginning of the school year, we told our boys that if they maintained a certain grade average, we wouldn’t bother them about assignments. We also told them we were always there to help and support them, but they had to ask us for help, supplies, and support when needed. We released their grades and homework into their hands (BLESS IT LORD JESUS!).

Did this feel like putting their academic success into the hands of the worst babysitter ever? Yes. But it helped them learn how to make mistakes in a safe and supportive environment and learn how to advocate for themselves at school and at home before they entered high school.

He needs you to be patient with his brain development

Middle school boys are not great at making decisions, whether it’s about food, clothes, relationships, homework, or sleep.

This. is. Normal. Blame it on the changes going on in that teen brain.

Is your son making questionable decisions and being pretty irresponsible about chores, screen time, and homework? He’s completely on track developmentally.

As my sons’ mom, I constantly reminded myself that their brains are going through intense development during these middle school years. Adolescence is hard and frustrating—for parents, yes, but especially for young teens.

It’s all normal. Be patient as he grows; guide him with patience; repeat yourself with kindness approximately 1,345 times; and remember that self-awareness and responsibility take time to develop.

Middle school is such an awkward time to be a boy. We often think of body image issues as a “girl problem,” but how a person feels about their body affects both genders, especially in middle school.

I remember when one of my twins grew underarm hair and shouted at his brother, “Ha! In your face, Micah!” as if puberty was a race and he was winning. My other son felt despair that he would never catch up.

Some boys shoot up overnight and feel awkward with their long limbs and huge feet.
Other boys don’t get a growth spurt until later in life and may feel like they will be the “shrimp” of the class forever.

One boy can grow a beard by 8th grade, while another may feel like their voice will never stop cracking and may decide it is better to be mute.

Boys can feel very self-conscious about their weight, whether they feel like they are too skinny, overweight, not muscular enough, or any combination in between.

When it comes to body issues, we must remember that boys feel it all and how they feel about their bodies can have a huge impact on their self-esteem.

Our sons need us, as their parents, to be sensitive to their growing bodies, listen closely, advocate for their health and self-esteem with pediatricians, therapists and coaches, and assure them that they will get through puberty, even if it feels agonizing at the time.

He needs to hear from you about the big issues

Middle school can feel like the wild west of social issues and you are never sure what your son is going to come home and talk to you about—fist fights in the hallway, school shootings on the news, who came out as gay, bi-sexual, or furry—it’s enough to make your head spin.

I remember when we got an email from the principal about how a student at my boys’ school took his own life over winter break. The news shocked our community and broke my heart as a mother. It was a huge, sobering reminder that my sons were not little kids anymore. As much as I wanted to shield them from this reality and protect them, I knew that I couldn’t.

We walked alongside our sons as they and their classmates processed this news and grieved both collectively and individually. I checked in on them daily for a few weeks and then intermittently as the year progressed.

Teen suicide is a heavy issue, and this horrible loss was as foreign to me as it was to them, but as their parent, I knew that I needed to talk to them about the big issues and help them walk this new and difficult path, even if I had never walked this path before myself.

He needs you to be his advocate

As much as our sons need space and more independence as they navigate the middle school years, they still need us to have their backs when they face adversity. We shouldn’t solve all their problems, but we need to guide them along the way–and step in when needed.

One day my son came home from school visibly upset. He confessed that a classmate was pressuring and bullying him. The situation had been escalating for a while, and that day, the boy had recorded my son on a phone. My son was afraid that the video would be shared on social media.

I was furious that this happened to my son, and heartbroken that he didn’t tell me about the incident earlier. Bullying issues can be tricky, but I knew in my heart that this was not a situation where I just needed to tell my son to stand up for himself.

Even though my son didn’t want me to intervene, I called the school administration and talked to the principal, who was as concerned about the situation as I was.

With something this complex, my son needed me to be his advocate. I had no idea what would happen if I involved the principal, but I when my son looked back at this challenging time in his life, I wanted him to remember that he wasn’t alone. His parents had his back, no matter what.

He needs you to keep the big picture in mind

For some boys, the middle school years can be a nightmare, both at school and at home.

Attitudes, fights with parents, pushing boundaries, slacking on chores and homework, not wanting to be with family, issues with siblings, and raging hormones can make you want to scream as a mom of a young teen.

Keep loving him well and know that the struggles you’re having today will disappear in 6 months, a year (or maybe five!). These challenging times will not last forever.

He needs you to be a soft place to land

Middle school boys can be stinkers—literally and figuratively (pro tip: keep an Old Spice in your purse and pass it to your son in the car when he tells you—again—that he forgot to put on deodorant.) But your son needs you to be a soft place to land, a safe space he can always come to no matter what.

You are still home. You are the warm dinner, the after-school snack, the Mcdonald’s run after practice, the one who fills him up when he’s drained and empty.

He still needs the good night hug, the kiss on his greasy hair, the “I love you” called down the stairs while he’s playing Xbox (even if it’s only met with a grunt).

He needs to know that you will always be there for him, his tether back to home as he ventures farther into the world, the place to go when life feels too heavy.

Keep reminding him. He may be a stinker but he’s your stinker (and don’t let him forget it!)

Do you know what’s great about middle school boys? Even if he’s a head taller than you and he sounds like his dad on the phone, he’s still your little boy.

When he’s on the field, he’s looking for you on the sidelines at his game. When he makes a goal or a basket, it’s your cheer he wants to hear first and your eye he wants to catch in celebration.

When he’s at his band concert, his face will still light up when he sees you waving like a maniac from the crowd. He will probably even wave back.

You know why? You’re his mom.

And even during these tough middle school years, when he’s growing up, venturing out, wearing you out, testing the limits, holding everything in, being moody as hell, and wearing the same clothes for two weeks in a row, he’s still your little boy.

We love this book, The Manual to Middle School, where Jonathan Catherman and his two sons–one current and one former middle schooler–offer boys ages ten to twelve the practical help they need to make the move to middle school as painlessly as possible. The “do this, not that” format covers a hundred relevant topics and situations middle school boys will face, including school lockers, bullies, test taking, cell phone use, homework, gossip, leadership, respect, sports, and many more.

Note: this post may include affiliate links where we earn a small commission from products sold on our site.

Previous Post
« How to Incorporate Gratitude Into Your Challenging Life with Teenagers
Next Post
When Your Teen Faces a Tough Time, Lead With Compassion Instead of Empathy » 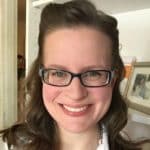 I’m a military wife who currently lives in Illinois with my husband, four sons, and one daughter. I write about special needs, self-care, spiritual growth, and raising kids without losing your mind. I’m also the host of The Motherhood Metamorphosis podcast. My first book Unexpected: Learning to love your unpredictable story, can be found on Amazon, Find her at https://www.thebamblog.com/