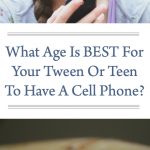 “EVERYONE has a cell phone but ME,” whined my twelve-year-old daughter.

“Your twin brother doesn’t have one either,” I responded.

A variation of this same conversation had been going on between us for years. Since my twins have lost their North Face Jacket, DS games and other expensive items, I wasn’t too keen to shell out hundreds of dollars for a cell phone for my tweens.

I knew what my daughter was saying was true, that most of her friends did have cell phones. According to Techcrunch, in 2016 the average age a child gets their first smartphone is age 10. Another survey found that some children receive smartphones as young as age six.

Despite these statistics and my daughter’s perpetual whining, I didn’t feel that was a reason for me to buy a cell phone. I finally caved when my twins turned thirteen years old but not because they were the only one without a cell phone. I did it because it was easier for me for them to have one.

When they turned 13 years old, they entered a new school which was a Jr/Sr High School. At this school, they had the opportunity to stay after school to participate in activities or sports. Sometimes they also received extra help from their teachers which meant varying pick up times especially between the two of them.

The frequent changes became confusing (for all of us) and required them going to the office to use the school phone which meant they missed out on classes. It was much easier for me to send a quick text asking, “What time do you need me to pick you up?” rather than waiting to hear from them. Or it was easier for me to ask, “Where are you?” instead of frantically calling the school to try to figure it out. 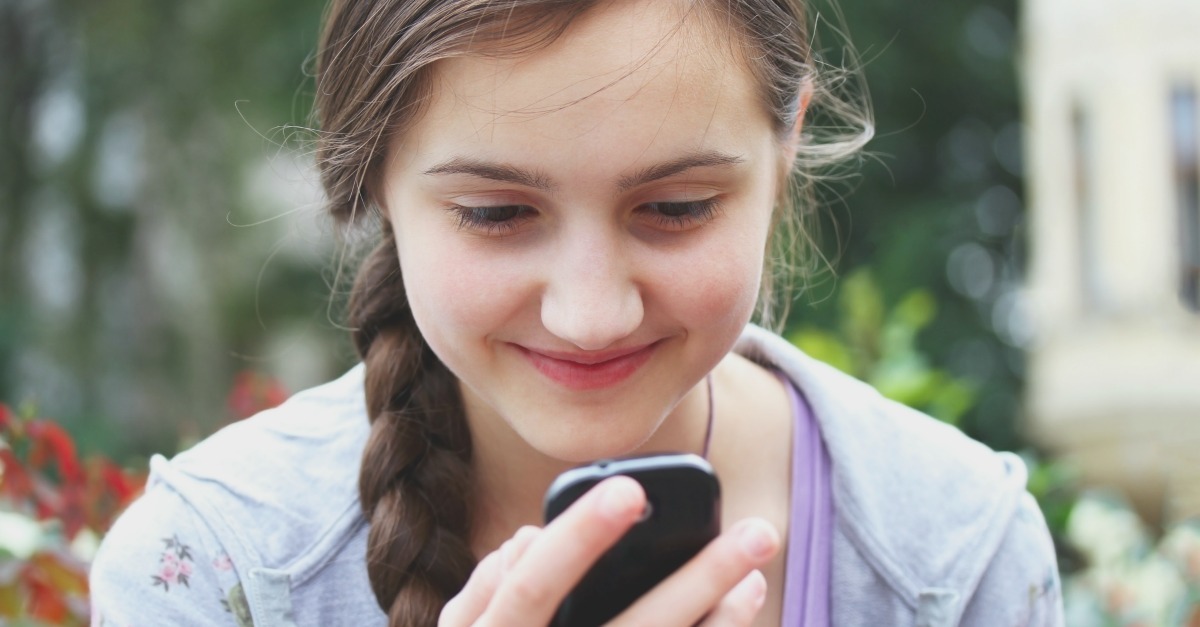 What age is best for your tween or teen to have a cell phone?

The answer to this question will be different for every family and even kids within the same family since maturity levels vary for all kids. Here are some factors to consider:

Responsible Behaviors:
Cell phones are expensive and enable your children to have access to the Internet. So you want to make sure your kid demonstrates responsible behavior by keeping track and caring for material items before you allow them to have their own cell phone. You also want to make sure they can be responsible regarding Internet safety.

Safety:
According to the CDC in 2015, almost half of all American homes did not have landlines. If your tween or teen stays home alone without a landline then they may need a cell phone so they can call 911 or another emergency personal if necessary. Your child may also feel safer knowing they are able to contact you when they are alone. There may be other situations when they would be safer if they had a cell phone such as walking alone to/from the bus stop.

Convenience:
The more involved your tween or teen becomes in activities, it will be easier it will be for both of you if your child had a cell phone for communication. Instead of calling the school or their friends’ parents, you will be able to contact them directly to find out where they are or when they need to be picked up.

Has your child been able to keep track of expensive items (such as jackets, headphones, iPad) for the past month?

Has your child used good judgment when using the Internet (you can check their search history or opened apps)?

Does your child follow rules and limits within the home and school?

Is your child respectful of other people?

In general, do you feel like you can trust your child?

In general, do you feel like your child is responsible?

Does your child walk and wait at the bus stop alone?

Are there times when your child is alone at home?

Is your child involved in multiple activities?

Buying a Cell Phone for Your Child

Just pay attention to the data usage limits you have as that seems to be the biggest issues for families once tweens and teens have their own phones.

Talk To Your Tweens and Teens About Responsible Cell Phone Use

As the last step before handing over that new cell phone to your teen or tween, make sure you talk with them about using their cell phone responsibly This includes going over cell phone safety tips, social media and app usage guidelines, unacceptable and risky cell phone behaviors and cell phone etiquette. Don’t forget to remind them that if the phone is damaged, broken or lost that they will either go without or have to pay for the repair or replacement.

You  might want to consider having them sign a cell phone contract as well. It may seem formal, but it’s really just a good way to open up the conversation about all the issues and responsibilities that come with having a cell phone. It also will help keep them accountable and makes sure they are very clear about the rules, expectations and consequences that you’re setting for them.  You can download one here: Free Printable Teen Cell Phone Agreement.

With or without a cell phone contract, let them know that you will be checking their phone to make sure they are being responsible and respectful of others when using the Internet or social media. It may even be a good idea to use a parental control app at first.  If you’re upfront with them about this then you shouldn’t feel like you’re spying on them or invading their privacy. You’re being a good parent. And even if you trust your teen, this is a big step and in today’s digital world one mistake can follow your child online forever.  Even good teens can make a poor decision from time to time.

It will be OKAY.

And yes, following these guidelines can lead to cell phone success for your teens.

I’m happy to report, my twins have had their cell phone for almost a year and they have managed to not lose or break it. The communication between us has been easier when I’ve had to transport them to all their many activities. And it’s nice to not hear my daughter whining about wanting a cell phone.

I figure I have about a two-year reprieve until she starts up again about wanting a car…..

This is a contributed post by Cheryl Maguire. She holds a Master’s Degree in Counseling Psychology and is the mother of boy-girl twins and a daughter. She has written for Chicken Soup for the Soul: Count Your Blessings, Parent Co., Signature Moms, Mothers Always Write and Twins Magazine

Parenting teens and tweens with all today’s technology is tough. Need a little more help: