It’s dark. There’s still a chill in the air. Hitting the snooze button would be so easy….

Instead, my husband and I roll out of bed. One of us heads to make coffee, and the other starts the process of  getting our 13 year old son to join the the land of the living.

He’ll eventually stagger out of his bedroom in his soccer gear, grab a protein bar and head for the car. My husband will drive him to his before school training session, while I get our younger one ready for school. After dropping her off, I’ll pick him up and get him to school.

This is our routine three days a week, with night practices the other days, which can run anywhere from an hour and half to three hours. Yes, it changes. Sometimes with less than 24 hours notice.

Then there are our weekends.

There is ALWAYS a game on the weekend, to have just one is like a vacation.

Most of the time they are several hours drive from our home. There are months we spend more weekends in hotels than our own home.

Beyond those who are a part of this world with us, pretty much everyone else thinks we’re crazy. 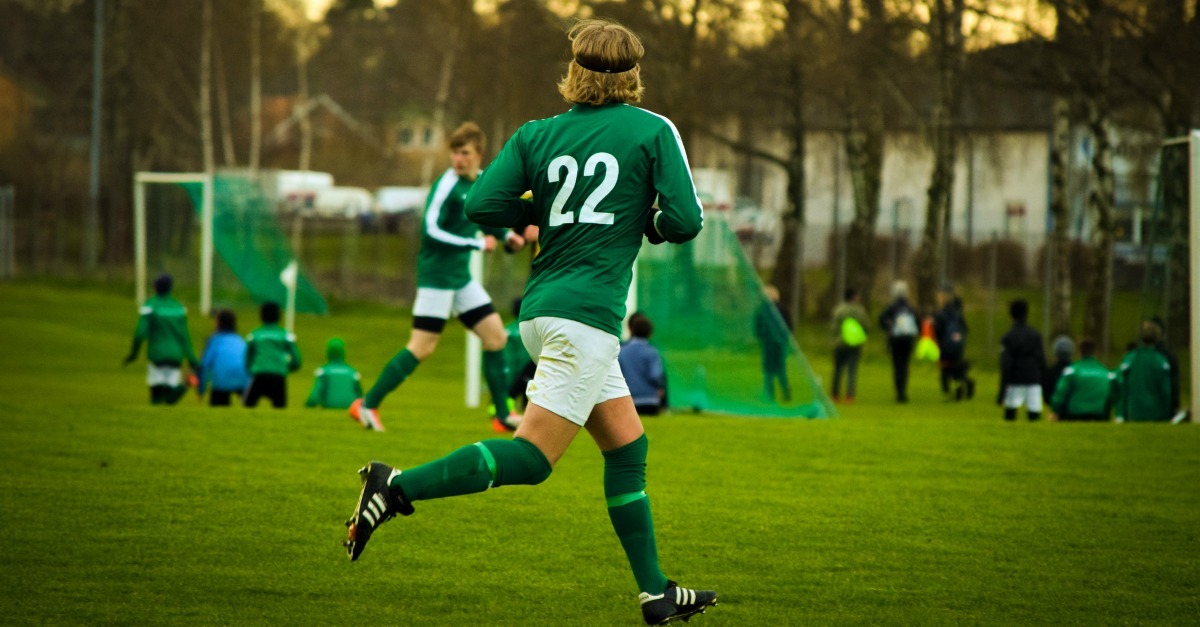 And I won’t lie, this is NOT the life I envisioned when we first started our family.

Yes, I have a love/hate relationship with our family’s involvement in competitive soccer.

I am not for one minute going to tell you that I’m totally OK with what is going on in youth sports today. There is, without a doubt, more drama happening in kids’ athletics than you’ll ever find on an episode of “The Housewives of [Wherever].”

The amount of time families are asked to commit can be unfair and stressful. The money that is required for everything from general fees to travel expenses and private training is out of control.

For all these reasons, my son’s involvement with competitive soccer for the last three years (he’s almost 11) has been a constant struggle in our household.

This is why my husband and I try to be diligent about managing soccer in a way that is as healthy as possible for our son and our family.

We’ve even set some rules for our family and our son to make sure we are putting first things first.

1. Family ALWAYS comes before soccer.
If a family event or commitment conflicts with a soccer game or practice, then we don’t go to soccer.

2. We DO NOT sacrifice our younger daughter’s life for her brother’s involvement in soccer.
While we want her to learn to support her brother, it is not right to ask her to spend her life on the soccer field.

3. School comes first – THE END!
If homework is undone, then there is no practice or a game will be missed. My son also knows that if at any point his grades fall below an acceptable level, then he will no longer get to play soccer at the competitive level.

4. Soccer should be fun, and at the point it stops being fun, then it’s time to move on.

We live by these rules, because we know that with competitive sports there needs to be boundaries.

However, we also know, that no matter how others may condemn our choice, we would not never make a different decisions.

For all the stress that soccer causes, it has given our son and us far more benefits.

Our son is a child who stood up and ran, not walked, at 9 months old.

He made other parents of highly spirited children look at us with pity. He is never happier than when he is on the move and constantly stimulated.

I know without a doubt that soccer gave him an outlet for all that energy, that otherwise would have undermined him academically and socially.

As a result of soccer, he has developed discipline, a strong work ethic, coping skills, character, self-confidence, the ability to work as part of a team, and so many other skills that will pay off long after he hangs up his cleats.

But most importantly, not only our son, but his father, his sister and I have all developed close friendships and found a group of people who are like extended family.

While many people talk about how competitive sports takes away from family time, for us over the years, it has actually provided an abundance of fun family memories.

I also know that for as much time as my son spends on a field, his life is far more than just soccer.

He has taken piano lessons, participated in school clubs, tried other sports at summer camps, and he loves to read. He is a happy and well-rounded kid.

I don’t know where soccer might take him in life, and I really don’t care, that’s not why we do it.

All I know is that soccer makes his eyes shine brighter and his smile bigger and that even when he loses, he still just loves the game.

As long as that remains true, then all the time and money spent is worth it, at least for this crazy soccer mom.

You Don’t Want to Miss These Other Popular Teen Parenting Posts:

How To Help Tweens and Teens Avoid The Comparison Trap

« Yes! Your Teen Actually Wants To Talk With You About SEX.
I Gave Up Trying To Make Family Dinners Work With My Teens, Then This Happened »